In Mozilla Firefox, a request to load an external origin was attempted and externally blocked. The request could have been canceled by a browser extension, such as an adblocker or antivirus, or because the remote origin did not return a proper CORS response.

There are two variants of this error. The first is triggered when the request was made through XMLHttpRequest. It is thrown when invoking send or emitted via addEventListener. It is reported as:

The second is triggered when a new location is assigned to window.location or an iframe created on the page. It is captured by window.onerror and reported as:

Some versions of AdBlockPlus and McAfee Antivirus are known to cause these errors, however any similar extension may also cause it. Errors in the case of missing CORS headers could be caused by the manipulation of requests due to Corporate Proxies.

This error is caused by client configuration or network manipulation. There is little you can do to prevent it from happening. You can minimize the impact to your code by separating or wrapping risky code in try/catch blocks. For example, if you are loading an advertising provider with a function call, be aware that the call could fail.

If the call to loadMyAdvertiser had not been separated, any following calls to initialize your application would not be executed due to a thrown error, which can cause a terrible user experience.

If you are capturing these errors in your TrackJS account, we recommend setting an ignore rule for them once your certain the user experience is not impacted. 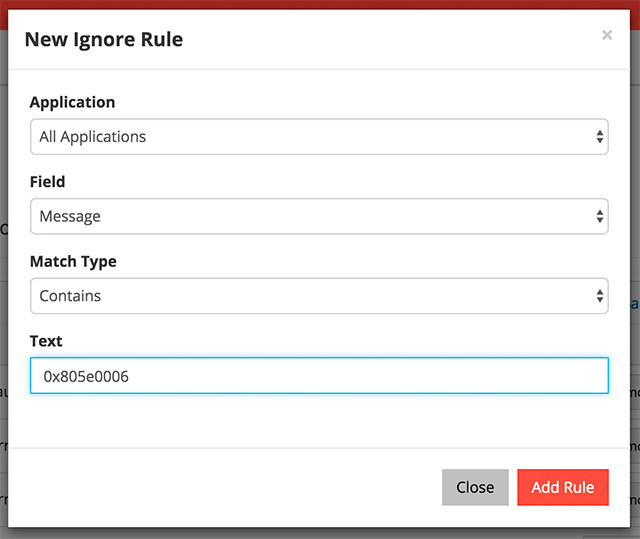 Of course if you don’t have a TrackJS account, you probably don’t know how frequently these sort of errors are impacting your customers. Try TrackJS today, free for 14 days, and we’ll help you build a better web application.